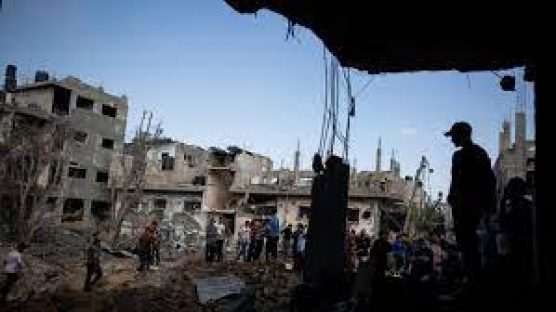 Business
This is not a "staged" Palestinian set-up against Israel, but a movie clip
3 May
A clip circulating online that social media users claim is of Palestinian actors creating a “fake killing” at the hands of Israeli forces, is actually from a short film by a Palestinian director called “Empty Place,” based on real events. 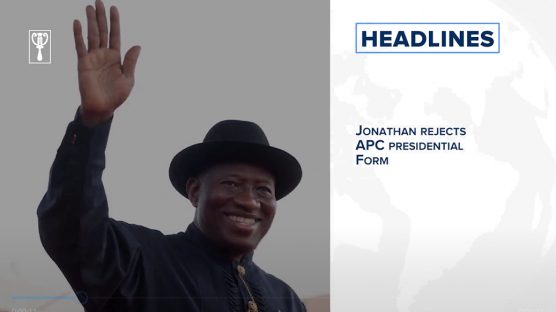 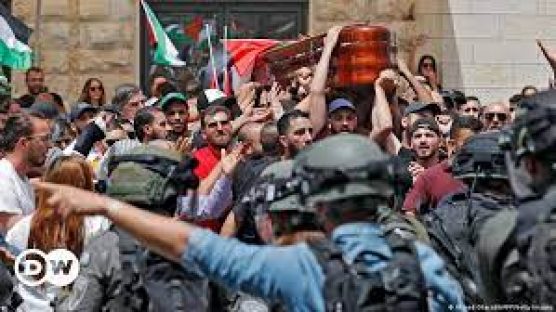 World
Thousands of Palestinians gather for slain journalist's Jerusalem funeral amid tensions
15 May
Security forces and members of the public clashed repeatedly as pallbearers carried the journalist's coffin. Veteran reporter Shireen Abu Akleh was shot in the head while covering an Israeli military operation. 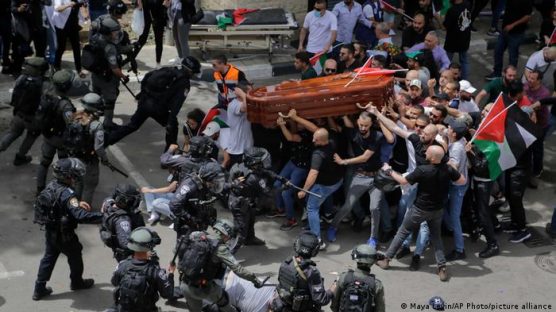 World
Israel police to investigate conduct at slain journalist's funeral
17 May
Israel's police chief has ordered a probe into the actions of officers at the funeral of reporter Shireen Abu Akleh in Jerusalem. Germany's top diplomat, Annalena Baerbock, said she was "deeply shocked" by the events. 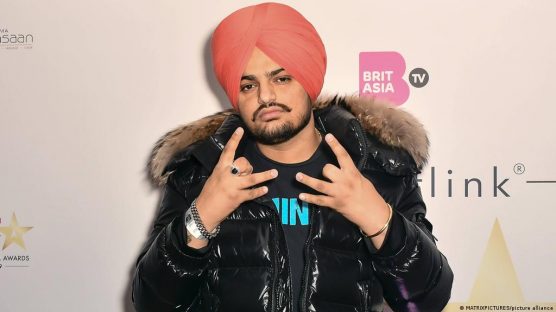 Entertainment News
India: Police investigate killing of rapper Sidhu Moose Wala
31 May
Popular Punjabi rapper and politician Sidhu Moose Wala was gunned down over the weekend after his security was reduced. Police said gang feuds might be behind the killing. 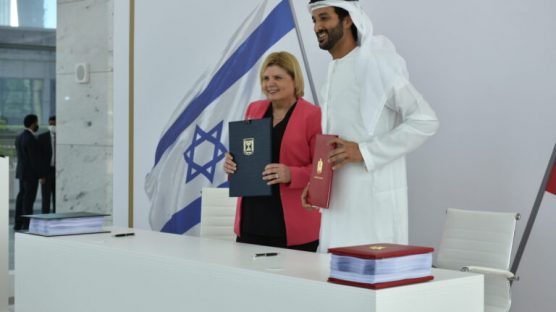 Business
Israel signs historic free trade deal with United Arab Emirates
10 Jun
Israel has signed a free trade deal with the United Arab Emirates – its first with an Arab country. The historic pact builds on the normalisation of ties in 2020 and eliminates tariffs on 96 percent of goods. It aims to bring growth and lower prices to both countries. We take a closer look. 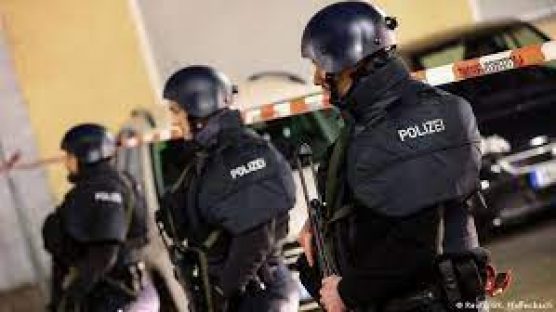 World
German police criticized over far-right Hanau killings
6 Jun
Police have been accused of failing to keep tabs on a racist killer during one of Germany's worst-ever far-right shootings. Police say they had to proceed cautiously. 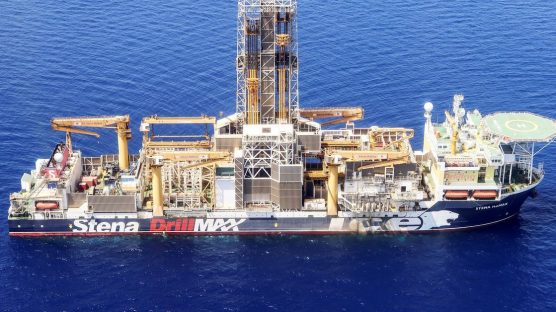 Business
Lebanon-Israel maritime border row: Energy development triggers new regional tensions
12 Jun
An ongoing maritime dispute between Lebanon and Israel has re-entered the spotlight after a production vessel docked in an offshore gas field on Sunday. The Lebanese claim the ship is in disputed territorial waters, but the Israelis refute this. Both countries have yet to agree on maritime demarcation lines and have called on the US to mediate new talks. For more analysis, we speak to oil and gas policy expert Laury Haytayan, who is MENA Senior Officer at the Natural Resource Governance Institute (NRGI). 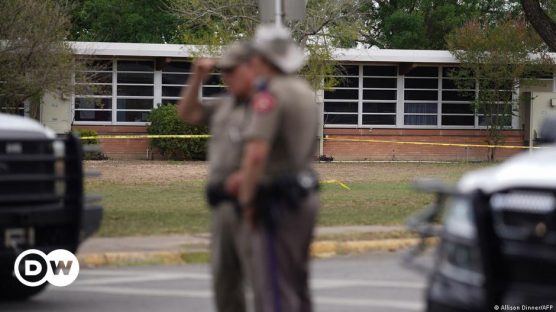 Business
Uvalde shooting: Police knew of wounded at Texas school while waiting, says report
11 Jun
Law enforcement officers waiting to confront the gunman in the Uvalde school massacre were aware of the wounded inside, according to a New York Times report. 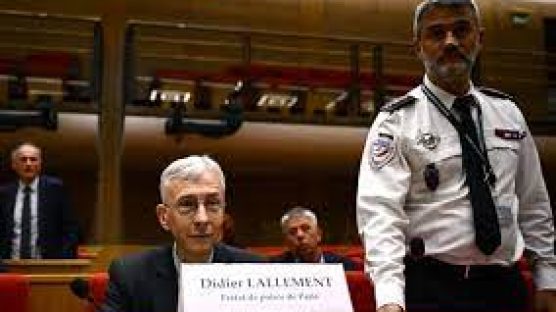 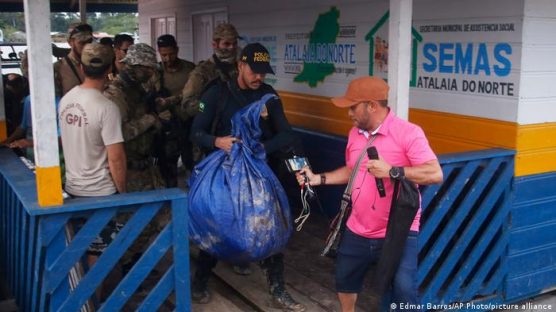 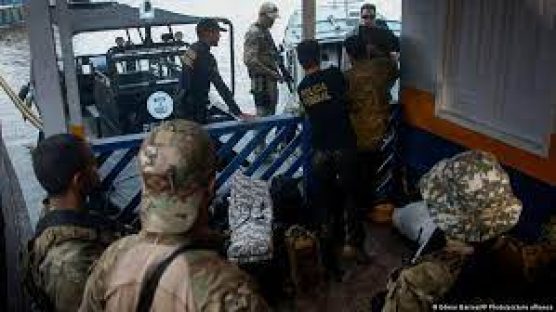 World
Brazil police deny UK journalist, colleague's bodies found
19 Jun
The remains of UK journalist Dom Phillips and indigenous expert Bruno Pereira have been found in the Amazon jungle, according to a report. However, federal police deny that the bodies had been found and identified. 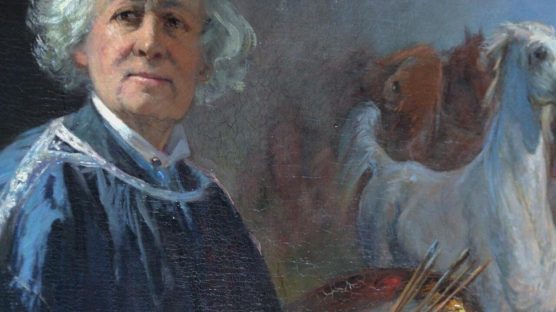 Entertainment News
A forgotten French icon: The life and art of animal painter Rosa Bonheur
5 hours ago
We explore the life and artwork of French artist Rosa Bonheur, who was a pioneer – both as a painter and as a woman – in 19th century society. Two centuries years after her birth, major exhibitions are being held in France to celebrate her extraordinary legacy. In Paris, the Musée d'Orsay is hosting a special exhibition for this anniversary. Co-curator Leïla Jarbouai tells us more about Bonheur's body of work. 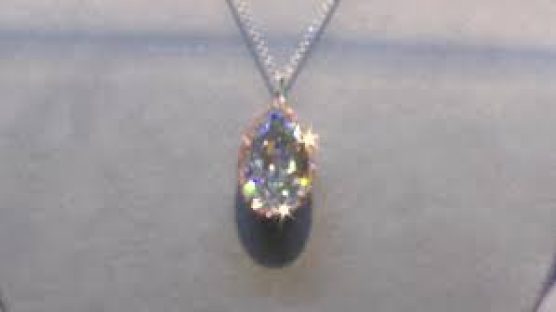 Business
Rare blue diamond could fetch up to $15 million
5 hours ago
Christie’s New York is aglitter with dazzling gems and sparkling stones, as the auction house prepares for its final live jewelry auction of 2022. 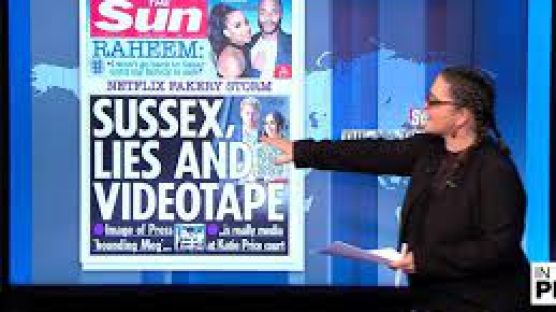 Entertainment News
'Sussex, lies and videotape': British papers abuzz over Harry's documentary
7 hours ago
The British papers are discussing the upcoming documentary by the Duke and Duchess of Sussex. We also find out what the French papers think of this Tuesday's debate at the National Assembly on immigration. The US papers are diving into the racist origins of Georgia's Senate run-off election. 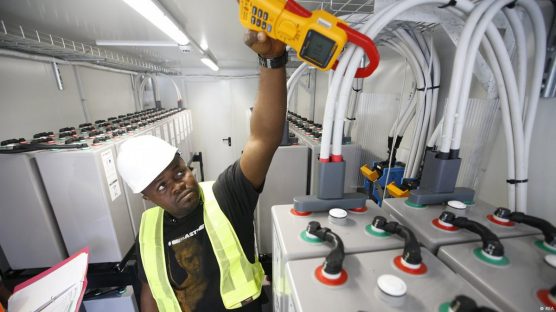 Business
Africa faces hurdles to energy transition
7 hours ago
Africa boasts massive energy production potential, yet millions of people are without electricity. At a recent roundtable in Dakar, energy experts said that technology transfer is crucial to achieving energy transition. 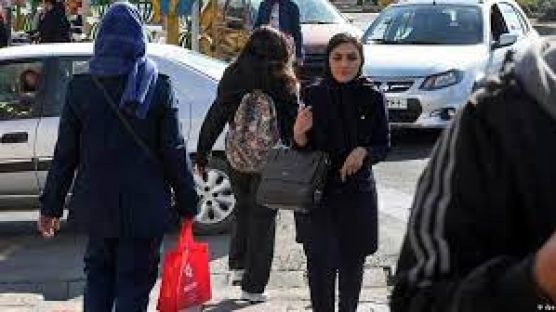 World
Did Iran's 'morality police' really disband?
7 hours ago
There is uncertainty over reports suggesting the notorious vice squad has been shut down. In any case, authorities have other powerful means of monitoring behavior and issuing punishment.