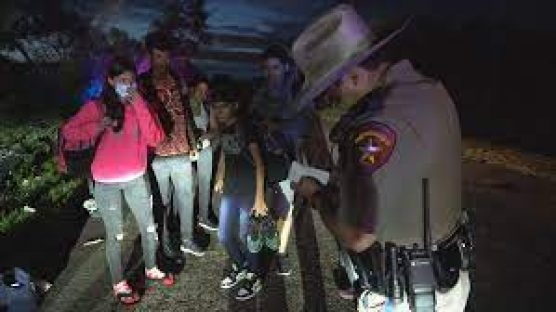 World
Immigration: Biden’s challenge at the border
22 Oct
Since the beginning of 2021, illegal entries into the United States through its border with Mexico have multiplied. This coincides with the inauguration of President Joe Biden, who promised to undo a restrictive immigration policy put in place by his predecessor Donald Trump. Those who have come to try their luck are mostly single men, but unaccompanied minors and families are also attempting the crossing. FRANCE 24’s Fanny Allard and Kethevane Gorjestani report. 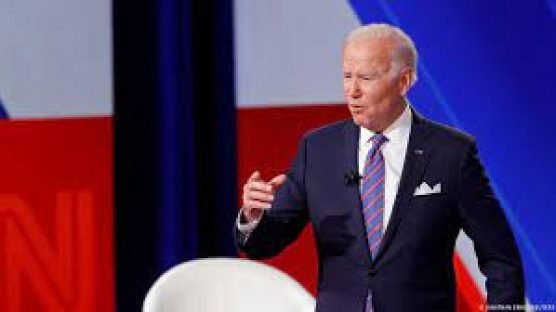 Business
Joe Biden's Taiwan gaffes create concern in China and Asia
31 Oct
The president has again said that he has a commitment to defend Taiwan should China attack, contradicting the US's decades-old policy toward the island. It has prompted official clarification about the US's role in Asia. 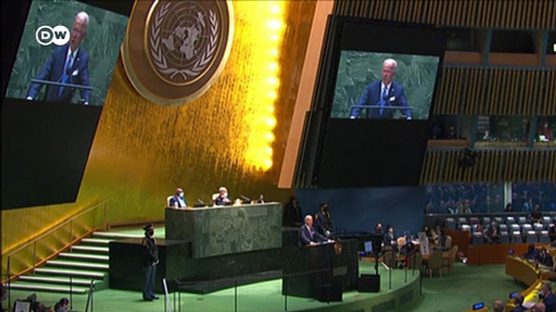 World
Joe Biden touts democracy in major trip to Europe
30 Oct
The first stop for the devout Catholic US president is an audience with the pope, then Biden will make the case for democratic values and US leadership on climate change at the G20 and COP26 meetings. 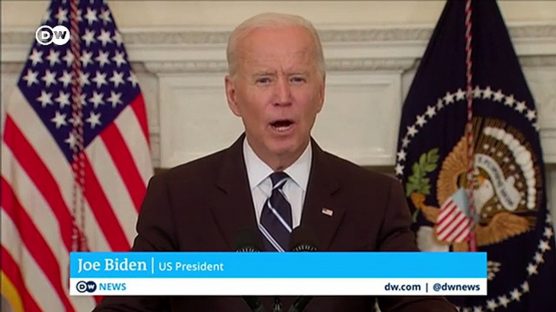 Business
US: Biden administration sets January vaccine deadline for big companies
7 Nov
Tens of millions of working Americans will need to be vaccinated or tested weekly for COVID-19 by early January under new government rules. Companies that fail to comply could be fined thousands of dollars. 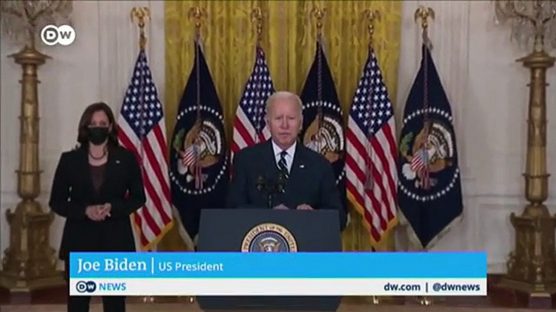 World
US Congress passes Biden's sweeping infrastructure bill
13 Nov
A majority of lawmakers voted to approve Biden's $1.2 trillion package — setting up the president to sign it into law. Political infighting among the Democrats, however, meant delays on Biden's social welfare bill. 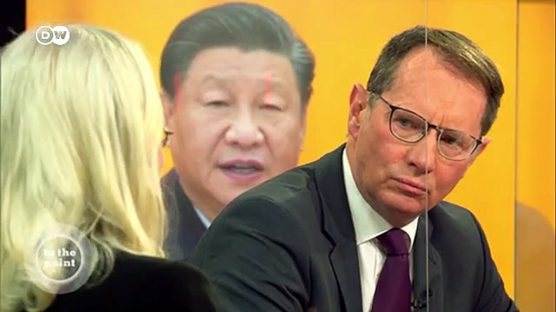 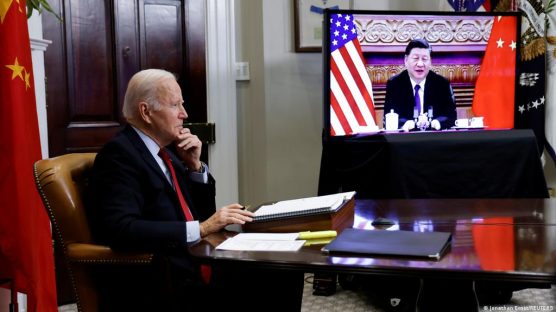 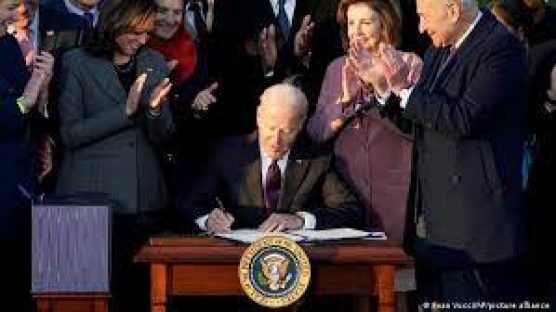 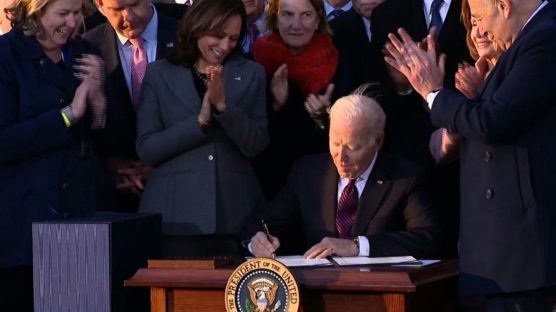 World
Biden signs $1 trillion infrastructure package with cash for roads, transport and broadband
16 Nov
US President Joe Biden has signed the $1 trillion package of spending on America's infrastructure. The money will be spent on roads, transport, broadband and other areas. It's a rare bipartisan deal, and Democrats are now focusing on an even larger package for healthcare, education and climate change. Also today, a co-operative runs its first freight train service on France's railways. The partly crowdfunded initiative Railcoop is also planning to start passenger services on underused lines. 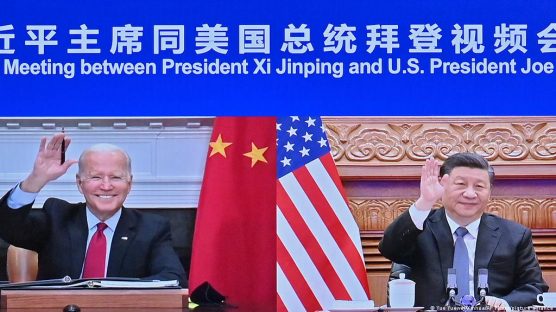 World
Biden-Xi summit: Can the US and China keep competition under control?
20 Nov
Although the virtual meeting between the US and Chinese leaders did not lead to any big breakthroughs, both sides expressed willingness to cooperate on "guardrails" to prevent competition from turning into catastrophe. 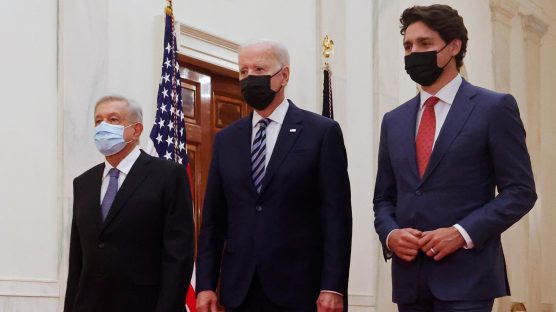 World
Joe Biden hosts Trudeau, Obrador for 'Three Amigos' summit
22 Nov
Leaders of the US, Canada, and Mexico met after a five-year gap. While they emphasized cooperation, tensions were raised about the auto industry, Biden's "Buy American" policies and a Mexican energy bill. 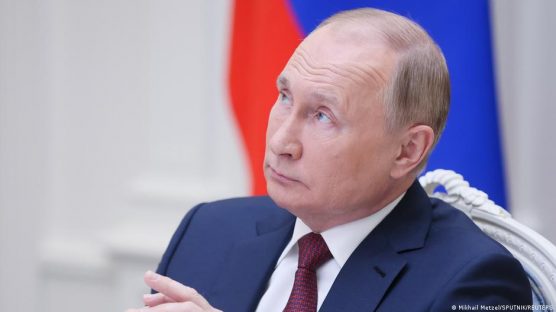 World
Biden warns Putin that US will make advances 'very difficult' for Moscow
6 Dec
The situation along the border is growing increasingly unstable as fears of a Russian invasion mount. US Secretary of State Antony Blinken met with Russia's foreign minister in an attempt to defuse the tension. Washington wants to limit Moscow's room for maneuver. 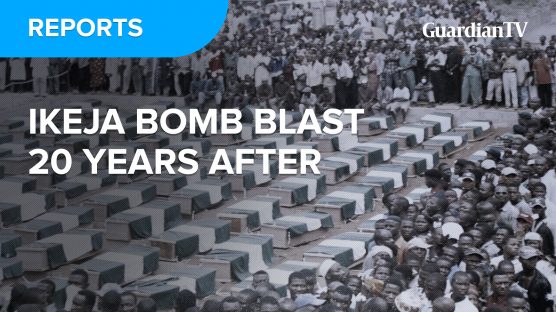 GTV Exclusive
Ikeja bomb blast 20 years after: Victims, witnesses talks about experience
1 day ago
On 27 January 2002, Lagos, Nigeria's commercial capital, witnessed one of the biggest disasters that have ever hit the state and country. 20 years after, the memory is still fresh. A continued blast at the military cantonment in Ikeja left many dead. The bulk of the victims did not die under the exploding shells. Most were hauled from canals into which they jumped or were driven - some still in their cars - by the huge crowds fleeing the shrapnel descending from the sky. 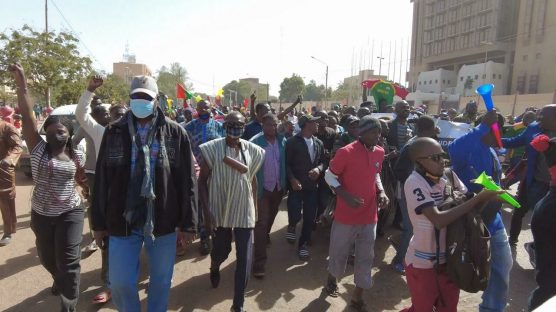 Africa
Pro-junta protesters rally in Ouagadougou after coup
1 day ago
Pro-junta protesters rally in Ouagadougou a day after a military takeover in Burkina Faso. Also, the head of the Confederation of African Football, Patrice Motsepe, blames Monday's fatal crush at the Africa Cup of Nations in Cameroon on an inexplicably closed gate. And Zimbabwe's main opposition leader Nelson Chamisa changes the name of his party ahead of elections. Our correspondents bring us the latest on all these stories and more. 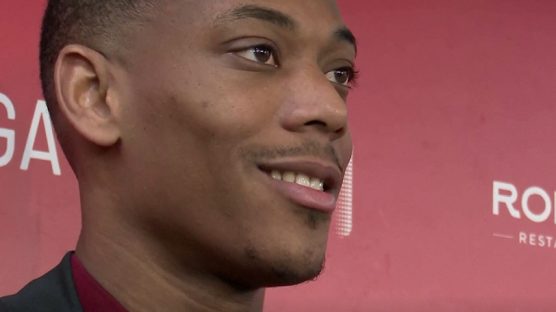 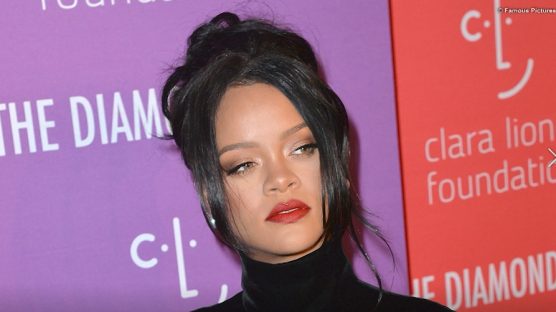 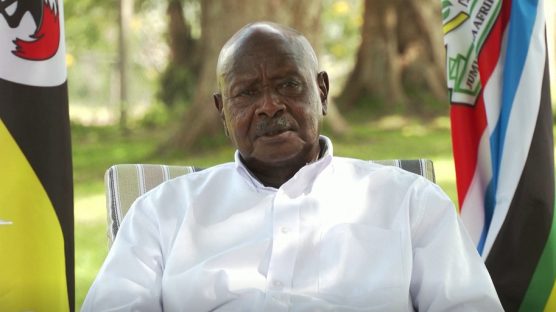 Business
Uganda's president seeks to boost trade and rein in borrowing
1 day ago
Uganda wants to curb its borrowing and boost exports in sectors such as meat and dairy as the East African country lifts restrictions triggered by the coronavirus pandemic, President Yoweri Museveni, and government officials. Uganda's trade push follows several years of reduced Chinese lending to the continent and as programmes designed to offer relief to indebted countries as they recover from COVID 19-induced slumps start to expire. 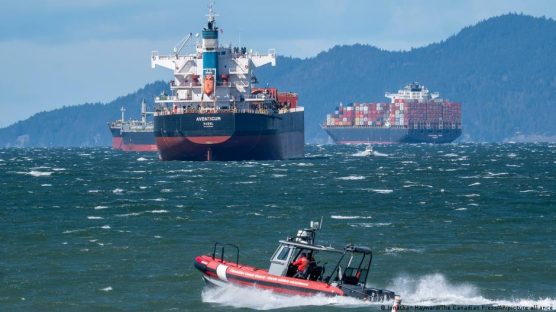