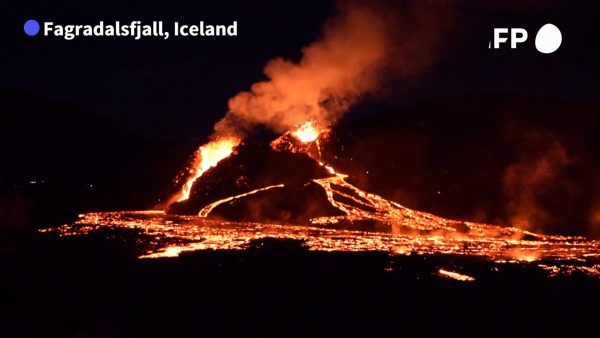 World
Lava flows from Iceland volcano
29 Mar 2021
Red lava bubbles and flows out of a fissure in a valley in Geldingadalur, close to Mount Fagradalsfjall on the Reykjanes peninsula in southwestern Iceland. While Iceland has more active volcanoes than any other country in Europe, the Reykjanes peninsula has not experienced an eruption since the 13th century. The last one occured for about 30 years, from 1210 to 1240. 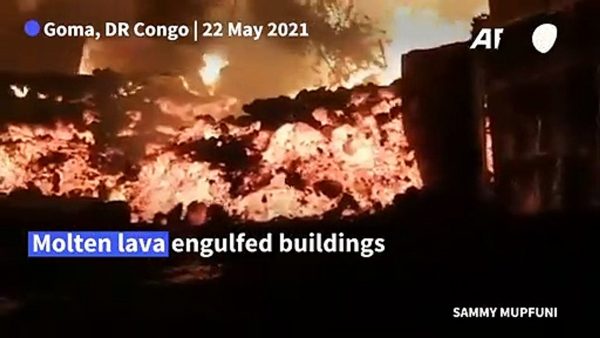 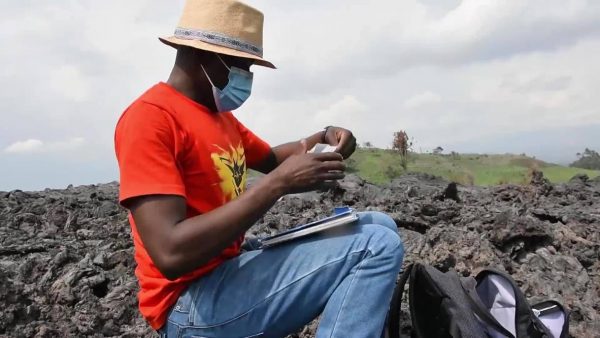 Africa
Democratic Republic of Congo: Volcanologists collect lava samples at Mount Nyiragongo eruption site
11 Jun 2021
Volcano scientists from Goma Volcano Observatory (OVG) were seen working at Mount  Nyiragongo's eruption site after thousands of residents had to flee from the eastern city of Goma in the wake of the natural disaster, Friday. 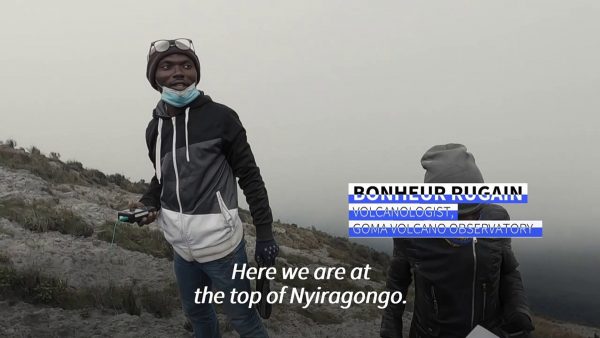 Africa
Volcanologists check in with DR Congo's Nyiragongo volcano
16 Jun 2021
Four experts from DR Congo's Goma Volcano Observatory (GVO) take the trail to the summit of Mount Nyiragongo, whose volcano erupted on May 22, spewing rivers of lava and forcing the evacuation of Goma. 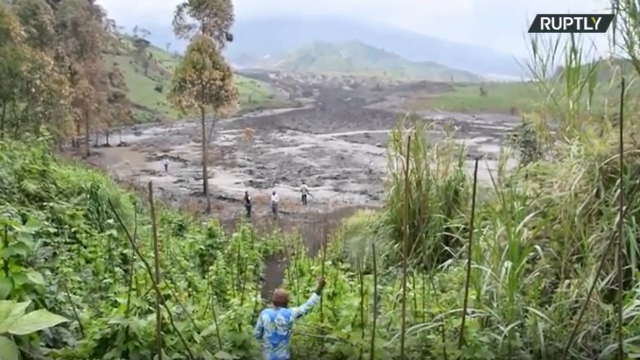 Africa
Democratic Republic of Congo: Volcanologists collect lava samples at Mount Nyiragongo eruption site
12 Jul 2021
Volcano scientists from Goma Volcano Observatory (OVG) were seen working at Mount  Nyiragongo's eruption site after thousands of residents had to flee from the eastern city of Goma in the wake of the natural disaster, Friday. The volcanologists walked through the charred area using portable measuring devices such as landfill gas analysers to collect samples of the lava. 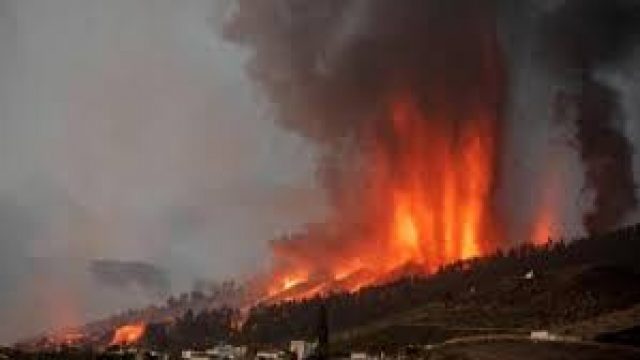 World
Lava engulfs 100 homes as Canary Islands volcano erupts
10 Oct 2021
A surge of lava destroyed around 100 homes on Spain's Canary Islands a day after the Cumbre Vieja volcano erupted, forcing 5,500 people to leave the area, local authorities said. The volcano erupted on Sunday afternoon, sending vast plumes of thick black smoke into the sky and belching molten lava that oozed down the mountainside on the island of La Palma. 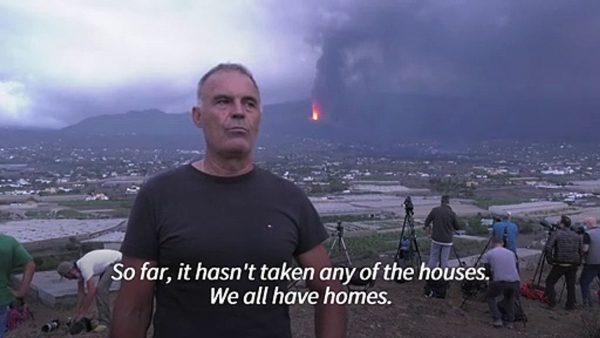 World
Spain: Canary Islanders watch as lava flows from volcano
23 Sep 2021
People watch molten lava from the Cumbre Vieja volcano creep down the slopes of Spain's La Palma island. One resident says he is living "on edge all day" in fear. 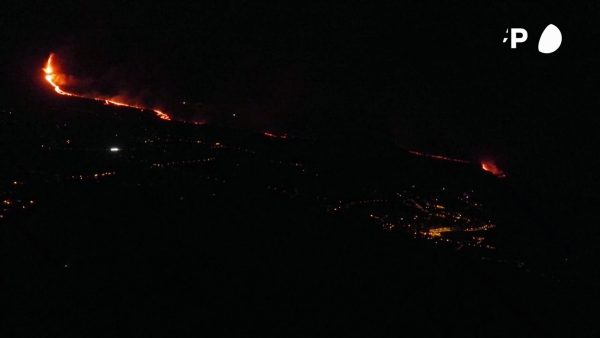 World
Canaries volcano lava reaches sea
2 Oct 2021
Lava from an erupting volcano in the Canary Islands reaches the ocean, raising fears of toxic gases being released as the molten magma hits the seawater. 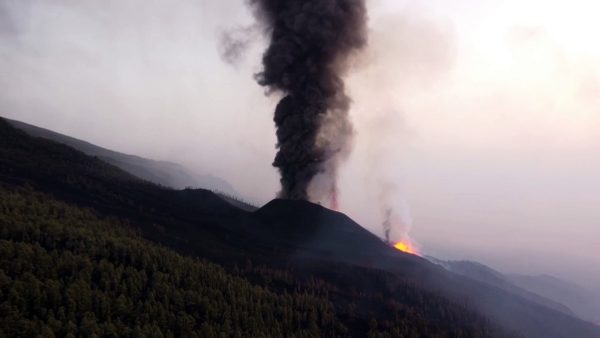 World
Drone images of Canaries Islands volcano spewing ash and lava
2 Oct 2021
The Cumbre Vieja volcano continues to spew lava and ashes in La Palma, one of Spain's Canary Islands, where coastal residents are confined to their homes over fears of toxic gases as the lava hits the sea. 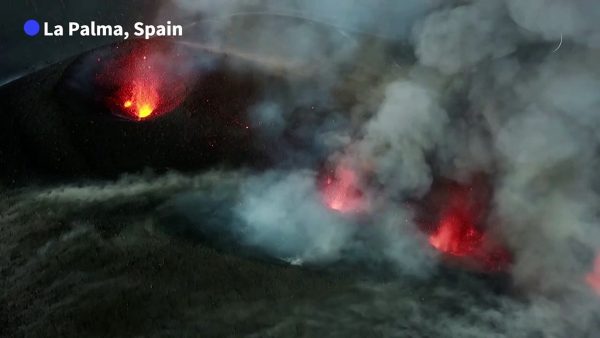 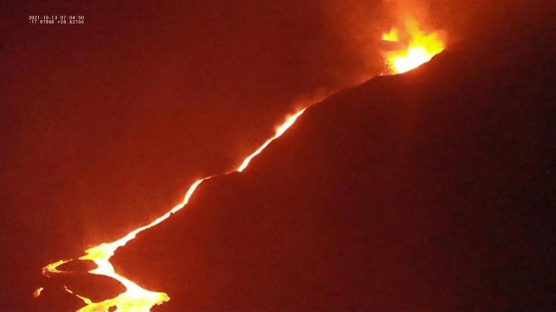 World
Canaries volcano disgorges flows of lava
15 Oct 2021
The Cumbre Vieja volcano in the Canary Islands continues to spew lava with flows of it going down the island towards the sea. Accroding to experts, there is no chance of the eurption ending "in the short or medium term". 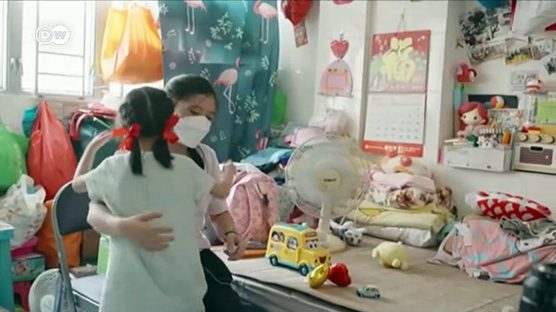 Business
Why China's economy is in trouble and what it means for you
10 mins ago
Beijing this week slashed interest rates to boost demand after its zero-COVID policy and a property crash rocked the economy. China's woes will hurt global growth but could also help to cool inflation. 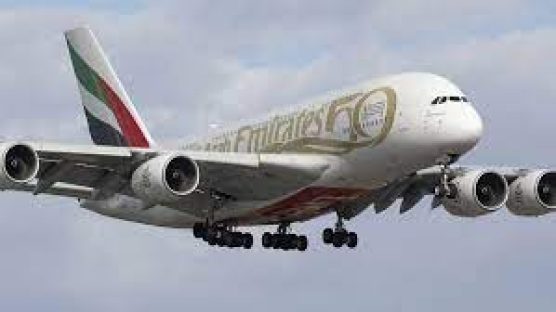 Business
Emirates suspends Nigeria flights over $85mn trapped revenue
21 mins ago
Emirates Airlines says it will suspend all flights to and from Nigeria by September the first due to its inability to repatriate about $85million revenue. 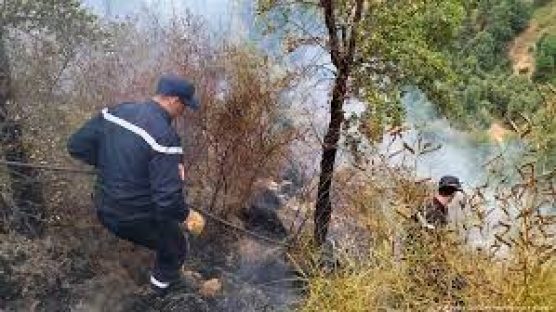 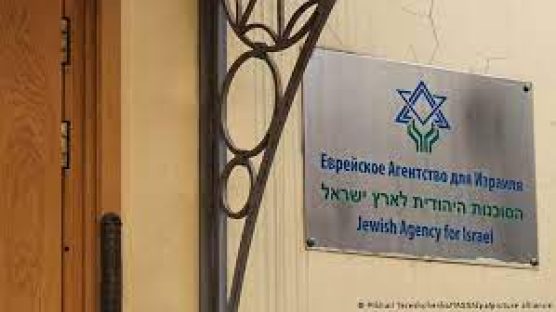 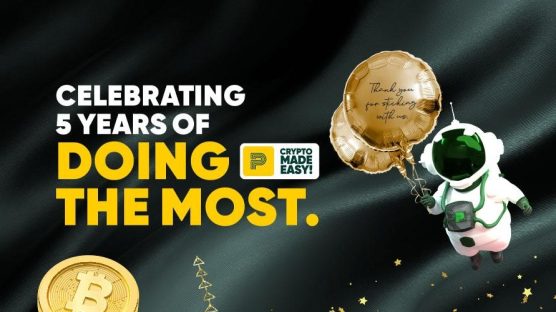